In the mid-1300s, the Black Death ravaged Europe, Northern Africa, and the Middle East and neighboring parts of Asia, claiming as many as 200 million lives. The Cocoliztli Epidemic of 1545–1548 reduced Mexico’s population by 80%. And about a century ago, roughly 75 million died from the Spanish flu pandemic over about a two year period. Epidemics are no laughing matter.

No, it wasn’t a joke either. It just looked like one. 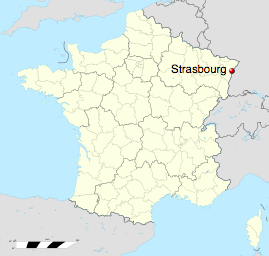 Today, on the French side of the nation’s border with Germany, sits a city called Strasbourg. It’s home to about 250,000 people today but about five hundred years ago, probably played host to about 5% of that number. One of its residents back then was a woman named Frau Troffea, and one day in July of 1518, she took to the streets to dance for a bit. It was probably a curious thing for onlookers to see — not only was she the only one dancing, but there wasn’t any music playing. We’ll never know why she started dancing and what passersby thought when they saw her flossing or doing the Macarena or twisting or whatever they did in 1518. But what we do know is that Frau Troffea was about to start a trend — a scary one.

She danced all day long and then some, continuing for an unimaginable six days straight — without music or rest — before stopping. And for some reason, others joined in. As the History Channel notes, “before long, some three-dozen other Strasbourgeois had joined in” during that six-day period. And even though she stopped, others continued, and they were joined by even more people. “By August,” History Channel continues, “the dancing epidemic had claimed as many as 400 victims.” And while Troffea survived her dance-a-thon, not all were so lucky. According to the BBC, “at the height of the dancing mania, 15 residents were dying each day from strokes, heart attacks, and sheer exhaustion.”

Local officials, at a loss for what to do — and the doctors of the time were no help either — decided to simply give the dancers what they thought they wanted: music. The town hired performers to help the dancers get it out of their system, so to speak. But this didn’t help and, arguably, backfired, attracting even more dancers to the plagued area. There seemed to be no end in sight the days ticked by. And then, one day, the dancing just stopped — suddenly, without explanation, just like it began about two weeks prior.

We don’t know for certain what caused the Dancing Plague, but there are a handful of credible theories. Some believe that a fungal infection spread in the area; the fungus caused people to, effectively, spasm, as if they were dancing. Others think the entire incident, minus perhaps Frau Troffea’s six-day dance, was an episode of mass hysteria, with no physiological cause at all. While the historical details of the plague are well documented by the standards of the day, unfortunately, the medical community at the time wasn’t advanced enough to do the tests needed for us to know for sure.

Bonus fact: As noted above, the Spanish flu claimed roughly 75 million lives from 1918 to 1920. But it probably shouldn’t have been called the “Spanish” flu. The epidemic was a global one; Spain wasn’t hit any harder than the rest of the world. And for that matter, the disease didn’t originate there. The reason for the misnomer: World War I. As Slate notes, the combatants in WWI didn’t report on how badly the flu had hit their nations; “neither side wanted the other to find out they were sick—nor did they want their own troops to lose morale or their publics to panic.” While these nations (Germany, the U.S., the UK, France, etc.) censored news reports detailing the flu’s impact, Spain — a neutral nation in the war — had no problem reporting the truth. From an outsider’s perspective, though, it looked like the flu struck Spain much harder than anywhere else, and the “Spanish flu” moniker was born — and stuck — as a result.

From the Archives: Tanganyika’s Laughing Epidemic: Another one which was no laughing matter — at least not figuratively.