The Bicholim Conflict lasted either eight months or five and a half years, depending on one’s vantage point. It either began in the middle of 1640 and lasted until early 1641; or it started on the fourth of July, 2007, and came crashing down on December 29, 2012. It took place in what is now the Indian state of Goa, or it took place in cyberspace. Either way, no one died.

Like most other historical wars, there’s a Wikipedia entry for the Bicholim Conflict. The entry talks about a battle between Portuguese authorities in what is now India and the local Maratha Empire, an Indian imperial power which lasted until 1818. The conflict, as described in said Wikipedia entry, began in 1640. The Portuguese controlled Goa, shown on the map below, but many locals wished to be under the rule of the Marathas. The Maratha Empire attempted to expand into Goa’s Bicholim region and the two sides clashed violently. According to Wikipedia, the conflict resulted in a non-aggression pact between the two, with Goa remaining under Portuguese control. 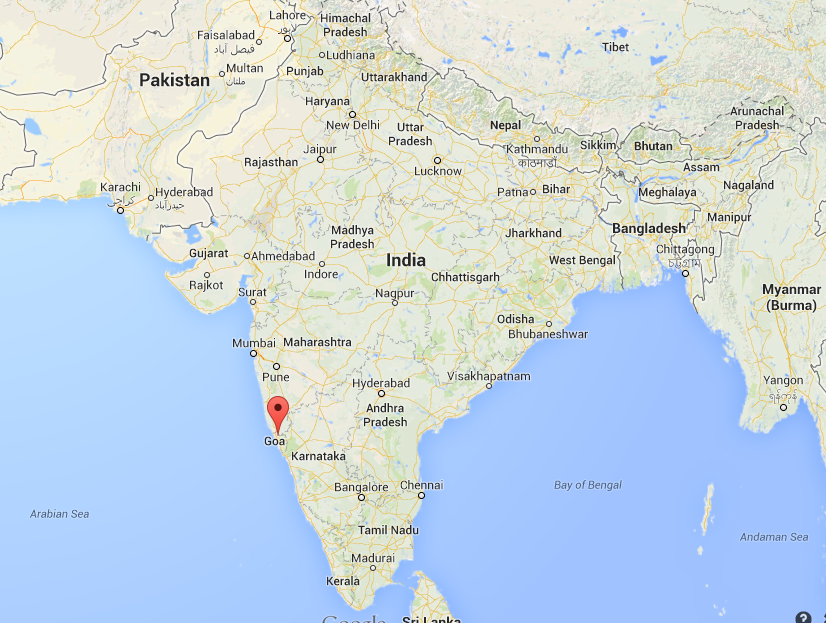 But if you visit that region today, you’ll find no evidence of the battle whatsoever. There’s a good reason for that — the Bicholim Conflict never happened.

On July 4, 2007, a Wikipedia editor under the username A-b-a-a-a-a-a-a-b-a created a 4,500-word entry for the Bicholim Conflict. It was entirely a work of fiction, but a believable one. Within a few months, the author had successfully received at least one significant, favorable review of his work by other (but legitimate) Wikipedia editors. Wikipedia has a list of criteria for “good articles” — articles which are well-written, neutral, and (comically, in this case) verifiable — and on September 21, 2007, the Bicholim Conflict was considered and ultimately listed as one of these “good articles.” Emboldened, a month later, the author submitted the article as a candidate to be featured on Wikipedia’s very visible front page, but he was thankfully rebuffed — not because the article was a fake, but because the footnotes were a mess. The fraud went undiscovered at that time, and, for that matter, for over five more years.

In August of 2011, a Wikipedia user noted that the dates used in the article were patently incorrect — the Maratha Empire’s leader at the time would have been only ten years old. (In fact, the Maratha Empire itself didn’t exist in 1640.) But again, no one took further action until in late December, 2012. That’s when a Wikipedia editor under the username ShelfSkewed was doing some cleanup work on the website, correcting references to books which had invalid ISBNs, likely due to typographical errors. In this case, however, the errors weren’t typos. The books didn’t exist at all. Other Wikipedia editors kept digging, finding the same result. On December 29, 2012, the Bicholim Conflict entry was deleted from the main, encyclopedic section of Wikipedia, and two days later, A-b-a-a-a-a-a-a-b-a was banned from editing Wikipedia in the future. (That didn’t matter much, though, as he hadn’t since October of 2007.)

To Wikipedia’s credit, the article is still available, here. And to the discredit of others, it’s also available as a book, for $20, via Barnes and Noble.

Bonus Fact: The Bicholim Conflict is not the only intentionally false article on Wikipedia, of course, and to Wikipedia’s further credit, the community collects and archives a lot of notable hoax articles. Their complete list is here and if you look through them, you’ll find out about the (fictitious) Upper Peninsula War between Michigan (U.S.) and Canada. Like the Bicholim Conflict, it’s a hoax, and an even more detailed one at that. Unlike the above-mentioned one, though, the hoax was detected within two weeks. (Its creator has also been banned from editing in the future.)

From the Archives: Munchausen by Internet: The web’s greatest hoax ever, perhaps.