1) “The Extraordinary Science of Addictive Junk Food” (New York Times, 39 minutes, February 2013). The quote below tees it up as well as I’d ever be able to do, so, let’s just jump to it:

The public and the food companies have known for decades now — or at the very least since this meeting — that sugary, salty, fatty foods are not good for us in the quantities that we consume them. So why are the diabetes and obesity and hypertension numbers still spiraling out of control? It’s not just a matter of poor willpower on the part of the consumer and a give-the-people-what-they-want attitude on the part of the food manufacturers. What I found, over four years of research and reporting, was a conscious effort — taking place in labs and marketing meetings and grocery-store aisles — to get people hooked on foods that are convenient and inexpensive. I talked to more than 300 people in or formerly employed by the processed-food industry, from scientists to marketers to C.E.O.’s. Some were willing whistle-blowers, while others spoke reluctantly when presented with some of the thousands of pages of secret memos that I obtained from inside the food industry’s operations. What follows is a series of small case studies of a handful of characters whose work then, and perspective now, sheds light on how the foods are created and sold to people who, while not powerless, are extremely vulnerable to the intensity of these companies’ industrial formulations and selling campaigns.

2) Via Patreon: Now I Know is supported by readers like you, via Patreon. Last month’s platinum supporter was the YouTube channel TodayIFoundOut, where you can find a new video every day on interesting topics like The Greatest Practical Joke of the 19th Century, Why Superheroes Wear Their Underwear on the Outside, and What Causes the Smell After Rain. Check them out and don’t forget to subscribe if you like them! 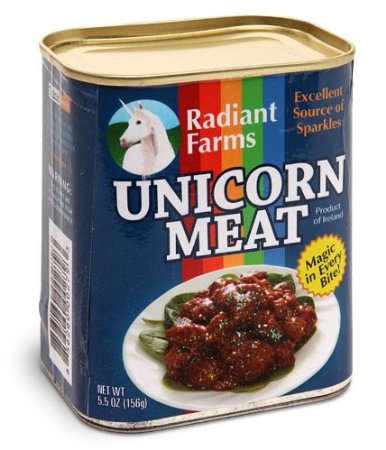 3) “Climate of Doubt” (Aeon, 13 minutes, October 2015). Dousing for water is when you use a wishbone-shaped stick to locate underground water sources. It doesn’t work. But California is in a terrible drought and times are desperate — with some farmers giving dousing a try.

Sharron Hope, I’ve heard, can find water underground. As a dowser, she uses tools as simple as a stick to determine where to place a well. Holding a forked branch, Hope can tell if she is approaching a buried spring because she will feel these tools move in her hands. She can even estimate how many feet to dig and how many gallons per minute the finished hole will produce. She’s right so regularly that excavators often call her before breaking ground.

Of course, there are people who doubt Hope’s abilities. According to the United States Geological Survey: ‘The natural explanation of “successful” water dowsing is that in many areas water would be hard to miss.’ But the state is now entering its fourth year without enough rain, and this summer struggling farmers will let 620,000 acres lie fallow, losing an estimated $5.7 billion dollars. As increasingly desperate Californians turn to dubious and expensive long-term projects like piping water 1,400 miles from Alaska or building a billion‑dollar desalination plant in San Diego, dowsing for a well looks downright sensible. Hope’s become one of the few people sure of their answers, and the appeal of that certainty is easy to understand. The more difficult question is: how, in the middle of this century’s worst drought, is she still turning up water?

4) “The Body Electric” (Outside Magazine, 18 minutes, September 2014). About 500 Americans are struck by lightning each year. The good news is that about 90% of them survive. But what does 500 megajoules of energy do to a human? A lot, and we don’t know why.

5) “How to Make Millions of Hoverboards (Almost) Overnight” (Buzzfeed, 23 minutes, November 2015). One of the hottest and most controversial gifts of the holiday season is an incorrectly named hoverboard (these things). That wasn’t predicted months ago, though. So how does the world produce enough units to meet demand? Buzzfeed sent a reporter to Shenzhen, China, to find out.

Call it memeufacturing. It starts when a (typically) Western company, eager to cash in on a product made popular by the social internet, contracts a Chinese factory to make it. From here, the idea spreads throughout the elaborate social networks of Chinese electronics manufacturing until the item in question is being produced by hundreds and hundreds of competitors, who subcontract and sell components to each other, even as they all make the same thing. It reaches its saturation point quickly. It moves from product to product without sentiment. And it is proof that our never-ending digital output, our tweets and Vines and Instagrams and Facebook posts, has the power to shape the lives of people on the other side of the world.

Hoverboards could stay wildly popular, and Gaoke could remain a hoverboard factory. Or they could go away, and it could become something else. It all depends on the whims of people on the other side of the planet.

“When we see a demand, we change our business direction,” Fang said, simply. “It is about survival.”

6) “The Pro Dumpster Diver Who’s Making Thousands Off America’s Biggest Retailers” (Wired, 17 minutes, February 2015). At parts this easy becomes a critique of wasteful spending, but the rest of it is really interesting — down to the friendly competition among dumpster divers, to see who can get the best haul.