1) “Aphantasia: How It Feels To Be Blind In Your Mind” (Blake Ross’ Facebook page, 16 minutes). Yes, someone wrote a story on their Facebook page (a “note” actually) which takes sixteen minutes to read. (If you don’t have a Facebook account or otherwise can’t see the story, Vox republished it here.)

If you tell me to imagine a beach, I ruminate on the “concept” of a beach. I know there’s sand. I know there’s water. I know there’s a sun, maybe a lifeguard. I know facts about beaches. I know a beach when I see it, and I can do verbal gymnastics with the word itself.

But I cannot flash to beaches I’ve visited. I have no visual, audio, emotional or otherwise sensory experience. I have no capacity to create any kind of mental image of a beach, whether I close my eyes or open them, whether I’m reading the word in a book or concentrating on the idea for hours at a time—or whether I’m standing on the beach itself.

And I grew up in Miami.

2) Like baseball? Read this: “The Arm: Inside the Billion-Dollar Mystery of the Most Valuable Commodity in Sports,” a new book by Jeff Passan. In baseball, pitchers get paid huge amounts of money — but their arms often fail under the wear and tear of the work. Why? The book explores the medical mystery and it turns out, it’s more mystery than the money invested should allow. 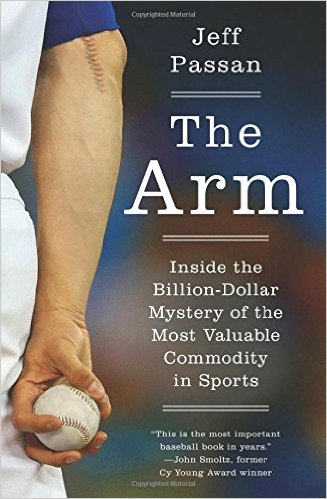 3) “The Robot Vacuum Ate My Pancreas” (WNYC, 33 minutes, April 2016). This one is actually a podcast/radio spot, but you can read the transcript if you prefer — its also at that link. It’s the story about a woman named Dana Lewis (no relation to me, despite the very similar name) who has type 1 diabetes. From the article summary:

Type 1 diabetes is, at its simplest, a broken pancreas. Sometimes called juvenile diabetes, the autoimmune disease disables the pancreas from producing insulin, a key component for controlling blood sugar. People with Type 1 diabetes often have to use glucose monitors and insulin pumps to allow their bodies to function.

For years, the Holy Grail of diabetes management has been the so-called artificial pancreas, a system that can measure blood glucose levels and automatically give the appropriate insulin dosage. And while a handful of companies are close to getting the technology to market, tech-savvy patients have grown impatient.

In this episode of Only Human, we look at how Dana and [her husband] Scott hacked together one of the first artificial pancreas systems and the complicated ethical questions that come with sharing the technology.

4) “Inside the vault: A rare glimpse of NASA’s otherworldly treasures” (Ars Technica, 17 minutes, January 2016). Moon rocks! Comet particles! Stuff that was probably once on Mars! It’s all in a vault which NASA keeps under tight guard — but on this occasion, allowed some reporters to peruse. Lots of pictures, lots of science.

5) “A Brevard woman disappeared, but never left home” (Tampa Bay Times, 11 minutes, January 2011). Before you click, a warning — this one involves some pretty graphic mental images (unless you’re the guy in the first selection today, because he doesn’t have mental images). In the summer of 2009, a Florida woman disappeared, as the quoted section below explains. The only problem? About a year and a half later, she was found, dead, in her home. She hadn’t disappeared. She had died, and no one noticed.

Her nephew from Ohio called the Sheriff’s Office in March 2010 and said he hadn’t been able to get in touch with her, which wasn’t so unusual, because once he and his family hadn’t heard from her for two years, but now he was worried. A deputy went to the townhouse to check on her. No signs of forced entry. No insect activity on the windows. Nothing suspicious. She didn’t answer the door.

A neighbor called the sheriff’s office to say her gates were broken and the townhouse seemed vacant.

6) “The Strange Tale of Echo, the Parrot Who Saw Too Much” (Atlas Obscura, 12 minutes, March 2016). The title should get you to click, but just in case, here’s the subhead: “A mobster’s pet is said to be in hiding. Could the bird be a witness in court?”